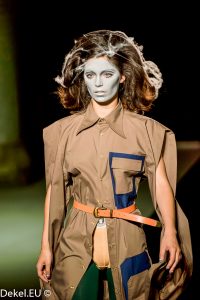 Few days after closing the 21st edition of 080 Barcelona Fashion, they strated already working on the next one. The 22nd edition will be back again at the impressive Sant Pau Art Nouveau Site in Barcelona from June 25th to 29th. The breathtaking architecture site will be home again to the fashion shows by both emerging designers and brands in a new edition of the catwalk organized by the Government of Catalonia, through the Trade, Craftmanship and Fashion Consortium.

The 21st edition of 080 Barcelona Fashion closed on Friday 2nd of February with a very positive assessment and growth of attendees, business generated and impact. Regarding the public, the fashion event welcomed 32,450 attendees, which means an increase of 5.7% compared with the prior edition.

As for the professional public, a total of 1,301 communication professionals followed the runway in situ, from around 600 media, between journalists, bloggers and digital influencers. 491 of them, come from Catalan and national media; 270 are bloggers or digital media, 250 are digital influencers, 210 graphic media and 80 are international journalists from magazines like Vogue Mex and Latam, Grazia Italia, Elle.it, Wonderland UK, Vice UK, Schön, MF Fashion d’Italia and German GQ, among others.

With regard to the online impact of the Catalan runway, the 080 Barcelona website registered during the week of fashion shows over 49,000 visits, 19.5% more than in the last winter edition. The majority of visits are national, followed by the United Kingdom, United States, Italy, France, Germany, Mexico, Andorra, Portugal and Holland.

Moreover, the 080 Barcelona Fashion social media channels also have a good evolution in general. The number of followers on Facebook is 87,821 (0.3% less than on the closing of last edition). On Twitter, there are 25,900 followers (2% more) and, finally, Instagram has experienced the biggest increase with a total of 46,100 followers, which is 10.28% more than in the closing day of last June edition.

Finally, we focus on the commercial side of the Catalan runway. The 080 Barcelona Fashion Showroom celebrated its 5th edition on January 30 and 31, which closed with 150 commercial interactions and prospects to exceed the 2 million euro of turnover. More than 70 buyers, twenty of them international from United Kingdom, China, Poland, Japan, Holland, France, Belgium, Singapur, South Korea, Finland, Sweden and the United States, among other countries, visited the trade area of the 080 Barcelona Fashion, which focused in this 21st edition on high-end woman’s fashion, with a selection of 20 Catalan fashion brands. 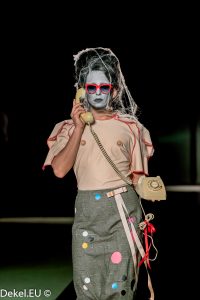 The feed-back from the participant brands has been very positive, because they have been in contact with international buyers of great decision making influence. Besides the commercial agreements, some brands have also received the opportunity to take part in pop-up stores within department stores in Sweden and the United States, a good opportunity to expand their business in these markets.