From 1 November 2013 to 1 July 2014, the Tropenmuseum hosts the exhibition Black & White (Dutch: Zwart & Wit), as a celebration of the the 150th anniversary of the ending of slavery in the Netherlands. 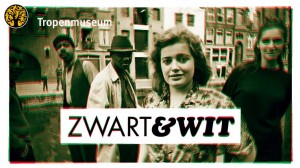 The exhibition invites visitors to engage in discussions and addresses the questions “How do the Dutch look?”, “Who is black and who is white?” is an attempt to investigate if the Dutch are still struggling with their colonial history.

The exhibition features personal stories, photos, videos, contemporary art and historical, which explore the way black and white people have lived
together in the Dutch society over the past one and a half century.

There is an event almost every week in the framework of the exhibitionBlack & White, such as a fashion show, stimulating debates, jazz and blues music and various film and documentary screenings.