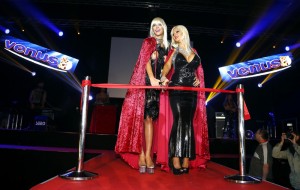 The fair opened on 17th by Sophia Wollersheim and Micaela Schäfer. The show featured more than 100 stars that wowed the audience. The high-class shows on the main stage fascinated a huge crowd.

The hosts are looking forward to the 18th VENUS, which will take place from 16 to 19 October 2014 in Berlin. The planning is already in progress and many exhibitors have already booked their stands for the upcoming show.

VENUS Berlin takes place annually since 1997. The international trade show brings together more than 250 exhibitors, 500 press representatives, and about 2,000 professional visitors from 60 countries, as well as some 32,000 consumers every year, coming to get informed and at the same time entertained.